Pop up hotel room  for Wake up in Art during the Rotterdam Art week 2013. During this week people could book a room and stay over at artists studio’s and homes including roomservice in the morning by the artist him/her self. In our studio we build a cubical room which we fully decorated with specific objects that where lent to us by the people that live on de Paradijslaan (Paradise Lane) in the district Crooswijk in Rotterdam, the street where our studio is situated at. The choice of object was left to the inhabitants of this street, mostly resulting in an object with a personal or functional story. In the room, the objects where arranged in a way that invited the guests to play with them. For example; They could put on a record on the portable record player and choose from a special selection of hotel music that was put together by a dj neighbour, there was a ukulele with instruction booklet which was provided by the Ukelele shop from three doors down and  a retro face tanner to tune up your color from some old lady up the block. Less playfull but remarkable other objects where a gun rug from Afghanistan, a framed portrait of a girls first pony, two taxi-dermi birds, an art piece reproduction from the Louvre, an old squad poster, a clock, a plant, a mirror, a sidetable and chair, a persian rug, wine goblets (the botle of wine that came with it was complementary) and an undefined metal object coming from the Rotterdam harbour where it’s owner works at.

All the objects, the background information and locations where documented in the Paradise Lane Catalog which was also in the room. All together the room was designed to create a certain spacial awareness  and experience of the space and it’s environment.

We had 3 couples that stayed over, 1 journalist, a replica of the neighbours cat and a full house with people at the finnisage party. 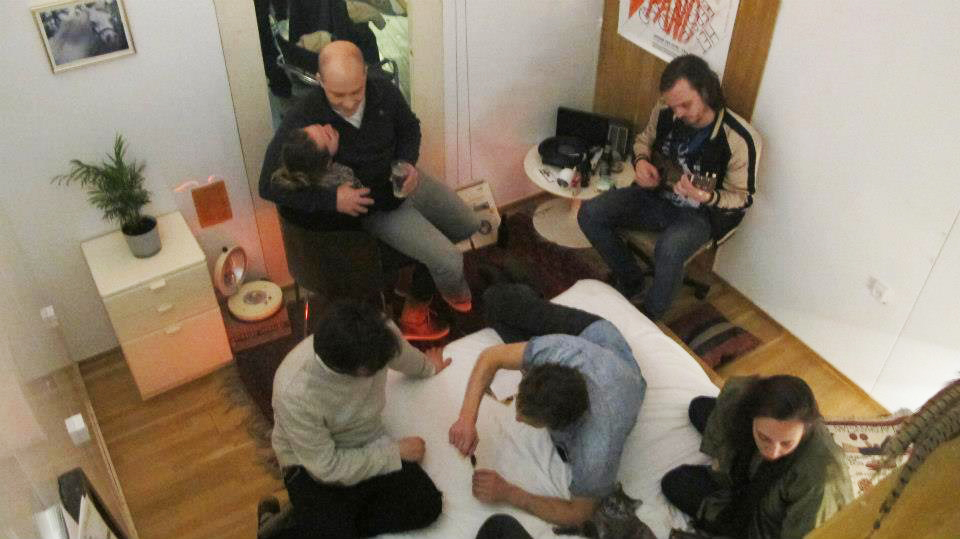 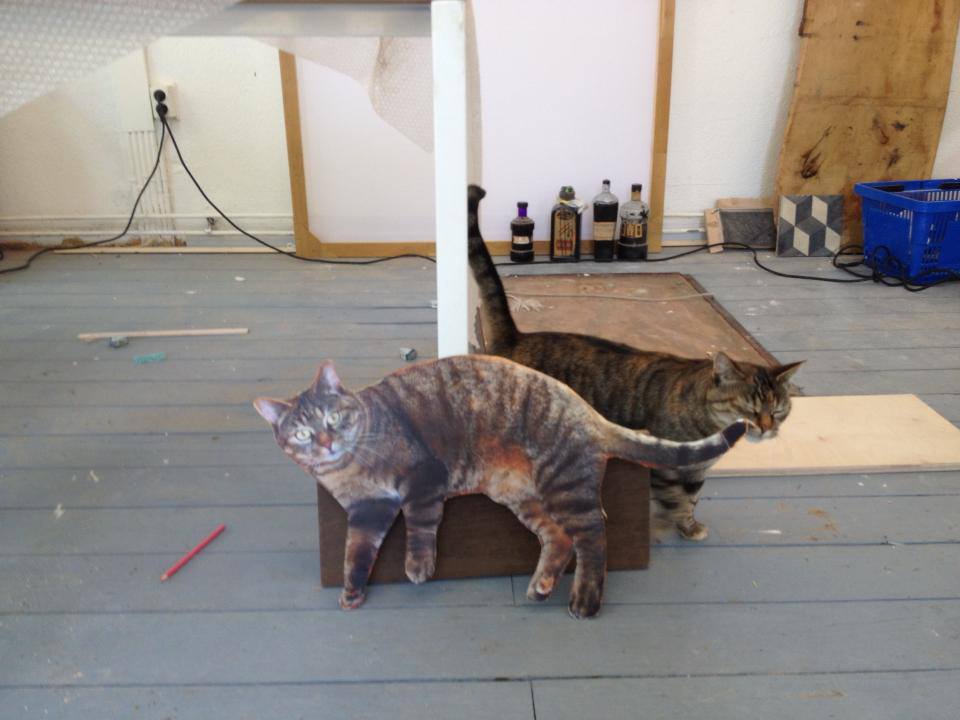